To Serve and Protect

When we were in the trenches and I had to dish up serving upon serving to replace food that was hidden/dumped/thrown it was my silent mantra.  I would think "...to serve and protect" as I girded my loins and plated the food.

Now, some 3 years in, thinking "...to serve and protect" makes me smile.  I did that.  I served and I protected.  I was a total, absolute Food Police and I rocked it!!!!! 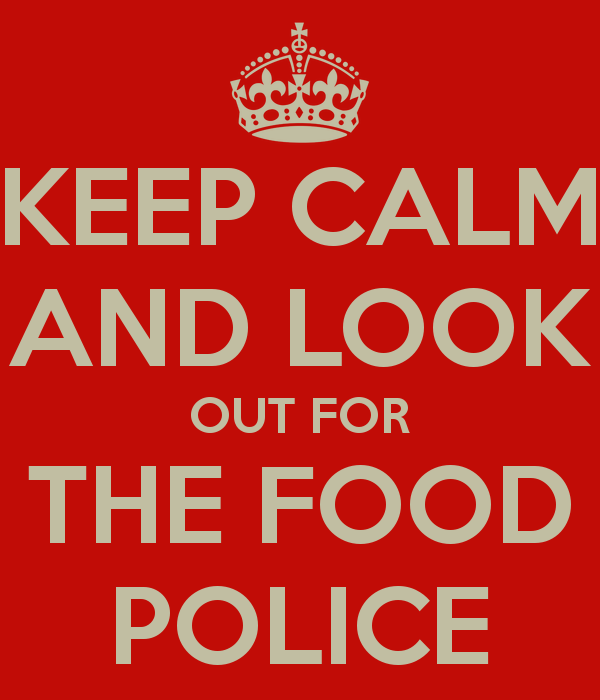 Do not bridle at being called 'The Food Police'.  Nutritional Rehabilitation is the first order of business....and how do we get there?  We ensure that eating is not negotiable.  We police their eating: We regulated it and control it and kept it in order.  We take good care and we serve and protect.

So, do so without guilt or shame and if anyone gives you what for direct them to this study on weight gain which found that weight gain emerged as a significant predictor of improved eating disorder pathology, with earlier weight gain having a greater impact on symptom improvement than later weight gain.

By Unknown - December 10, 2014
Guest Post by Stephanie Knatz, Ph.D. ,  University of California, San Diego Family-based treatment (FBT), developed and manualized by James Lock and Daniel Le Grange, has an indisputable amount of evidence affirming its effectiveness for the treatment of adolescents with anorexia nervosa (AN). But what about young adults? There remains work to be done to be able to answer this question empirically. Studies evaluating FBT in samples of young adults are extremely limited. 1 The average age of adolescents participating in family-based treatment in rigorous FBT trials is roughly 14-15 years. 2 As such, whether FBT is effective, and to what degree it works for individuals suffering at older chronological ages are questions that science has only begun to do the work to answer. Whether FBT is an effective treatment for young adults with anorexia is a reflection of a broader theoretical question about the role of family support and involvement in the treatment of adults with AN. It
Read more

MEDICATION  I am going to begin this blog with a quote from my own book Give Food A Chance , but I will be quoting from the only chapter (“Psychopharmacology”)   which I did not write. Here is Janiece Desocio RN, PhD, psychiatric mental health nurse practitioner (PMHNP) at Kartini Clinic , speaking:   “rarely do we think about food as having pharmacological properties, but in fact, food is an essential source of the chemicals produced by our brains to stabilize mood, moderate anxiety, induce sleep, reduce pain, and regulate appetite…… the brain is a natural pharmacy”. I want to begin a discussion of medication in the treatment of childhood anorexia nervosa with this quote and its emphasis on food and adequate weight restoration.   Medication should not be used as a substitute for good food and plenty of it.   Without weight restoration you will get nothing. Many parents have written in to the Around The Dinner Table forum to discuss medication in their child’s treatm
Read more