Showing posts from November, 2016
Show all

Erica Husain - Outreach Somewhat unexpectedly, I am here to introduce myself as acting Outreach Director for F.E.A.S.T. Once upon a time, I set out to build a career in the way that I thought adults did; I chose a subject to study - law - and got myself a degree. I wasn't sure I wanted to practice law, so found a job that liked the degree, but didn't actually need it - industrial relations. Then I met and married someone whose own career took an unexpected turn and sent them to the Far East, and I went too, as what was known at the time as "a trailing spouse" - and, as career turns go, being described like a genus of ivy and denied employment opportunity is not a high spot! - I can see that now.  But then I was young, and starting a family, and it was an adventure.  And I made lifelong friends while there and, with three beautiful babies to have fun with, it was a magical time, and maybe career paths don't have to be predictable.  Seven years later, with thre
2 comments
Read more 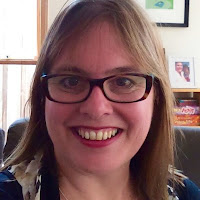 Belinda Caldwell It is with a great sense of excitement and some trepidation that I am stepping into the role of Executive Director of F.E.A.S.T., following the footsteps of two amazing people, Laura (Collins) Lyster-Mensh and Leah Dean. The trepidation arises out of the strong desire to ensure that the amazing of work of not only these two previous Executive Directors, but the F.E.A.S.T. Board, past and current volunteers and supporters have done to position F.E.A.S.T. where it is now. The previous announcement (on our email list, blog and other social media) outlines the achievements of F.E.A.S.T. since its inception. The most important achievement in my eyes is the shift in the conversation  around families and eating disorders. Historically, families have been viewed as, at worst, contributors to their child's eating disorder and at best, somewhat benign but not critical members of the care team. The shift to seeing empowered and informed active families as central to a
2 comments
Read more
More posts