Eating Disorders are serious mental illnesses with dangerous medical consequences.  Without early intervention, eating disorders may become chronic or even fatal.   Parents are often unaware of some of the early signs of an eating disorder.  Even if they are aware of early warning signs, they are often uncertain and reluctant to intervene out of fear of worsening the situation.

Maudsley Family Based Treatment (FBT) is one of the leading evidence-based treatments for adolescents with eating disorders.  Studies are underway to evaluate the effectiveness of early interventions using an FBT approach. Parents Act Now is a study at Stanford for early intervention for Anorexia and Family Internet-Based Early Bulimia Nervosa Study is underway at the University of Chicago.

This paper describes how two clinicians trained in the provision of FBT applied FBT principles to help their own children who showed some very early warning signs of an eating disorder.

Eating disorders are notoriously hard to spot in the early phases.  Once an eating disorder has fully developed parents usually look back with regret; they often identify numerous early warning signs that they missed.  Because the signs are generally so subtle, and in many cases look innocuous or even “healthy,” most parents are not prepared to intervene.  Even pediatricians have been known to advise parents to watch and see what happens before intervening.  However, the development of an eating disorder is a slippery slope and the situation can rapidly progress from mild to severe.

Children  and Adolescents Who May Be At Increased Risk:

“Alexandra” is the middle of three children, female age 11.5 at the time of the intervention.  She has always been very active.  She has always been a picky eater, especially with regard to textural issues; for example, she has never liked crusts on bread, fat on meat, fried food or potatoes.  She is perfectionistic and competitive.  She has tracked around the 50th percentile in weight for most of her childhood, slightly higher in height.


Parental interventions:
Parents agreed to do FBT early intervention with a focus on parents observing her eating during meals and helping her to eat enough to compensate for increased physical activity and growth.

Alexandra’s soccer practice was often during dinner, and she would often come home tired and uninterested in dinner.  Meals for Alexandra were structured so that she had to eat before soccer practice or she could not go.  If parents did not feel she had eaten enough, they would coach and insist.

In the few situations where there was a predominance of foods she may never have eaten (due to the textural issue), alternatives were offered to make sure she ate enough (distinct from the strategy parents used with the other children, offering no alternatives to the primary meal in an effort to promote eating flexibility).  Parents instituted regular weighings and spoke to her about their concerns.

Results
Over a four-month period during the intervention, Alexandra gained 6 pounds even as she joined a club soccer team and increased her physical activity.  Eventually her appetite did seem to “catch up” to her need and her parents gradually reduced their oversight.  The parents believe they helped Alexandra  to keep up with her increased energy needs during this critical time period when it was observed that she was not initially doing so on her own.  Anorexia nervosa can appear insidiously in situations like this (independent of any intention to diet or lose weight), so this early parental intervention is believed to have been effective based on FBT principles.

Over a two-year period, Alexandra gained about 18 pounds while growing 6.5 inches.   Menarche occurred at age 13.5.  At age 15, she is now fully back on her growth curve with height at the 75th percentile and weight at the 50th percentile.  She eats normally and intuitively.  It is notable that she no longer has a strong interest in cooking and cooking shows.

Figure 1:  Alexandra's growth chart.  Note the deviation from her weight-growth curve at 9.5 years and return after parental intervention.

“Jack” is a 15-year-old high school freshman who at age 9 months showed some early signs of food selectivity and avoidance of certain tastes and textures.  He has never shown a large growth spurt but rather tracked along the same percentiles for much of his life. By parental report, Jack has been a typical “kid eater”, preferring easy, bland non mixed foods and demonstrating food neo phobia, typical in many toddlers and young children.

Growth charts show that from age 1 year until age 15 he was at 5th percentile for height and 10th to 25th for weight.  Growth has been consistent but the child’s pediatrician did order growth hormone levels measured which showed a normal level of growth hormone. Jack was competitive but not overly perfectionistic, yet as Jack started high school he stated he wanted to achieve all A’s for all years of high school.  His body type is muscled and not considered overweight.

Parents agreed to intervene by increasing caloric intake appropriately, taking weekly weighings, and providing guidance about the need to fuel increased exercise, as well as hydrate for intense activity. Parents made sure that all meals were consumed and adjusted schedules accordingly to allow for snacks to be made and eaten prior to or just after school activities and soccer activities. He was not allowed to miss meals and snacks.

Jack did complain of feeling overly full on several occasions and parents did not give in to the desire to allow decreased food intake.  Caloric intake was increased by adding oils to foods such as pasta and rice, adding Instant Breakfast to milk, increasing portion sizes of meals, and requiring 2 snacks per day, minimum.

Weight was restored within 2 weeks.  Weight monitoring continued through the freshman year of high school to ensure that Jack met expected gains in weight and height.  As weight was maintained and growth achieved according to expected gains as shown by lifetime growth charts, he was allowed more freedom to portion his foods, choose snacks, and have flexibility in terms of timing of snacks. Breakfast, lunch and dinner were usually prepared and served family style.  Snacks were usually chosen and prepared by the boy, a developmentally appropriate option when no eating disorder is present.

Two years later Jack has continued to develop normally, gaining expected height and weight. He eats a wider variety of foods and is less concerned about textures and new tastes.  Given the positive family history of anorexia nervosa it is especially appropriate to catch weight loss in a growing sibling early.  Weight loss, whether intentional or not, is a significant trigger for initiation of eating disorder pathology.

These two situations may have been cases of anorexia averted.  Certainly there is no evidence that either child was harmed in any way by the parents taking charge of meals for a limited time.

A common worry expressed by parents of children with early or mild symptoms of an eating disorder is that they do not want to take it more seriously than necessary.  They worry that intervening aggressively early on may somehow make things worse, that over-pathologizing will build the child’s preoccupation, and that they will waste time and money.  FBT, done in the context of the home with guidance by a therapist or other clinician with FBT training, is less disruptive and relatively low cost especially as compared to other eating disorder treatments.  FBT may be particularly potent when initiated early in the disorder.  Research indicates and our clinical experience supports that intervening earlier is much easier, faster, and cost effective than treatments for well-established eating disorders.

We believe these case studies illustrate the great potential that FBT offers for early intervention.

Lauren Muhlheim, Psy.D., CEDS is a psychologist in private practice in Los Angeles who works primarily with clients with eating disorders. She is certified in FBT and works extensively with families in her practice. She was a founding co-chair of the FBT Special Interest Group of the Academy for Eating Disorders. She has held various positions of leadership within the Academy for Eating Disorders and currently serves as Board Director for Outreach.
www.laurenmuhlheim.com;
on facebook: https://www.facebook.com/Dr.Muhlheim;
on twitter @drmuhlheim

Therese Waterhous, PhD. RDN, is a dietitian who specializes in the treatment of eating disorders and has a private practice in Corvalis, Oregon. She is the author of Academy of Nutrition and Dietetics Pediatric Nutrition Practice Group’s online care manual chapter on eating disorders and Practice Paper. She is also a founding co-chair of the FBT Special Interest Group of the Academy for Eating Disorders and is a professional advisor to FEAST. She is the Director of the Disordered Eating/Eating Disorder subunit, Sports, Cardiovascular and Wellness Nutrition Practice Group and is also Vice President, Willamette Valley Oregon Chapter of IAEDP.
On twitter: @ThereseStorino 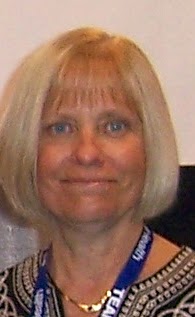 1.      How did you find your path to parent-advocacy?    My road to advocacy began at NEDA in 2004.   I attended their conference in Atlanta to begin my education in the field to assist my daughter with her battle.   At this conference, I was able to consult with many of the experts in the field including Dr. Walt Kaye and Craig Johnson.   I tended to gravitate to the people who were not blaming parents and acknowledged the genetic component of this illness.   I was very lucky to see this illness as a brain disorder from the onset.   In addition, because of my professional background in the field of autism, I was able to see that the treatment of this illness by many was very similar to the early treatments in autism.   Isn’t it strange how history keeps repeating itself and we cannot easily learn from previous mistakes? I felt that it was very important for parents like myself to be there to reflect and challenge the professionals in the field that I knew were at best
Read more